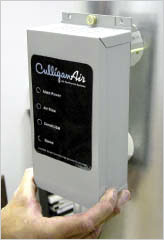 Poor indoor air quality can be a problem for many people. So how is the air in your home?

Here are some common contributors to poor air quality:

**Reduces survivability of only those bacteria and mold that are in close proximity to the UV lamp in the air duct. Does not affect organisms elsewhere in your home.